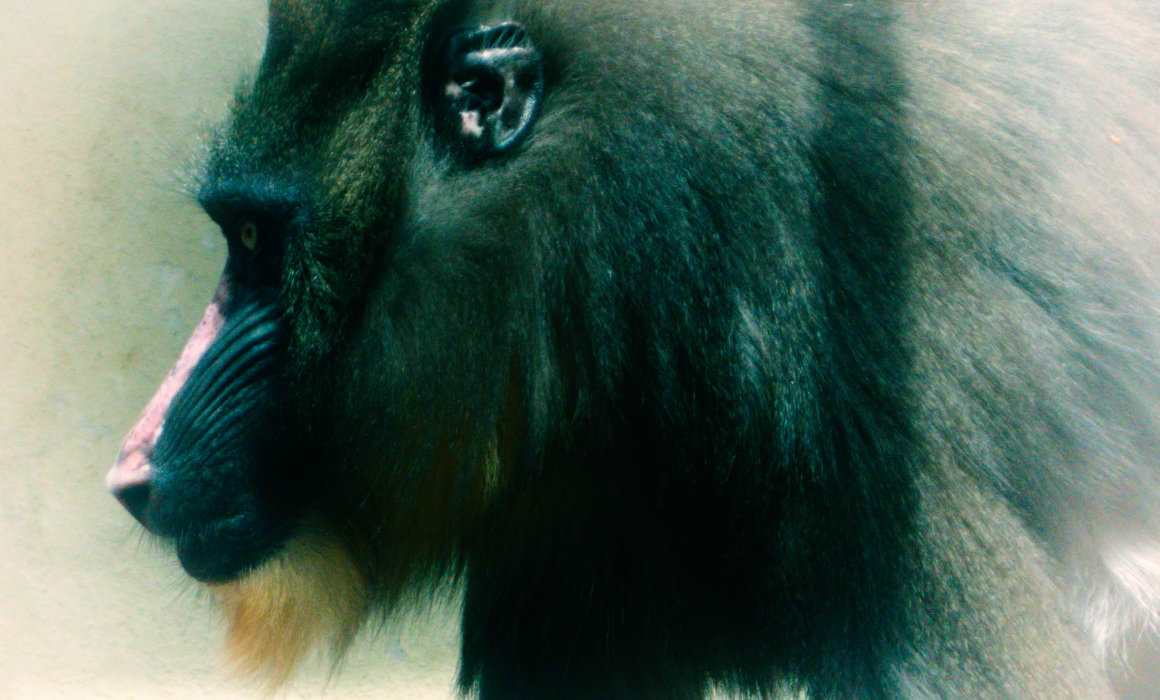 It definitely can, according to what happened to David Slater. The events are well known and date back to 2011 but for some reason their effects keep following each other.

The facts are pretty straightforward: photographer David Slater’s camera was seized by a cheeky macaque that happened to press the right button at the right time, taking one of the funniest and most expressive selfies a monkey could ever shoot. Not unexpectedly, the photo became viral and everyone was at peace with it until Slater claimed the copyright for that very image.

All of a sudden, the Interwebs went bananas (no pun intended).

A number of issues was raised and still remains unsolved:

Let me disclose my opinion on the matter straightaway: David Slater has the full ownership of his picture and his claims are absolutely legitimate1. Unfortunately, most arguments used in favour or against this statement are pointless and at times even ridiculous:

The fact is, this is not a matter of copyright at all.

By the way, I’m not particularly fond of copyright issues in general: none of my photos is watermarked, I’d be glad to make some money out of them but almost nobody is giving me any2, and the only thing that drives me really mad is when a large corporation blatantly steals other people’s work dispossessing them of the real value of their picture: not its ownership but its authorship3.

And here we come to the real topic: who is the author, what “authorship” is and what really means to take a photograph.

It turns out, it cannot be just pressing a button. I wouldn’t waste time on this but, just to have fun for a couple of minutes, let’s think about some of the implications.

I could go on, but I think I made my point.

For the last fifteen years I’ve been involved with a no-profit association that organises workshops on art and creativity. In June we started planning the activities for the year 2016-17 and – since we will be dealing among the others with a bunch of 16-18 years old boys and girls – we thought it was the right time to bring up some basic issues about the meaning of the word “art”.

Almost immediately, my mind went to the late Vivian Maier: she spent most of her (quite long) life taking wonderful, amazing, stunning photographs – but she didn’t share any of them. They were discovered, acquired and subsequently shared by collectors few months before Maier’s death only to become popular posthumous.

I was conflicted: while I find these pictures among the brightest examples of street photography, I felt that buying a book with her photos would be a violation of her wish of keeping them private (I’m not sure about Maier’s opinion on the matter). Then I found myself asking: was Vivian Maier even “a” photographer? Does photography require an audience? Or is it just incidental?

This is monkey business. Pun intended.

As a matter of fact, it’s the same problem from the opposite point of view: in my understanding of photography, a photograph requires a certain degree of intentionality – which obviously that monkey lacked (until proved otherwise). And so much it has to be, that not only a photographer needs to be actually willing to take a picture: it also has to be “destined” to someone else (hence my issue with Maier).

It is my firm belief that every work of art has embroidered in itself a destination. It doesn’t really matter when or who will eventually see it, the main point being that – as soon as we finish it – it acquires its own life, its own status and it is somehow taken from us. It’s not entirely and exclusively ours anymore and we cannot retroactively change it. It’s “done”.

I think I made myself clear about why I don’t think that very monkey owns its own picture. To be even clearer, it’s not because it’s just a monkey: if Koko – having watched me taking, printing and showing people pictures – would borrow my camera and press some random buttons I wouldn’t be so sure anymore. Whatever you may think about Koko, I must at least be open to the possibility that she (and I wrote “she” instead of “it” after due consideration) knows somehow what’s going on.

Somehow. At a certain degree. Someone, in some way. Between two clear-cut extremes (the cheeky monkey is not a photographer, Vivian Maier is), everything else starts to look blurry.

Few days ago I started experimenting with street photography, a genre I always aimed at, lacking the guts to overcome the basic fears every street photographer knows very well. I was encouraged by some surprisingly good results (compared to my pretty low expectations) and by the purchase of a 27mm Fujifilm pancake lens that definitely didn’t help my GAS.

In that “surprisingly” resides the whole point. To discuss this, I’ll use three photos (not great photos but please remember this was my first attempt – and quality is not the point here) taken the same day during a walk in Clapham South in London while I was going to the supermarket.

Part of the pavement was inaccessible due to some repairs; it was around lunchtime and the workers involved were on their break, queuing as far as outside the door of a kebab shop too small to let them all in. The last man in the queue was scratching his head, probably wondering how much would it take to get a meal – or maybe just deciding what to order. Passing by I saw this scene with the corner of my eye: I stopped, turned on my camera, went back a couple of meters and took the shot. Luckily, that man was still scratching his head: the scene was like frozen and even if I missed my first chance, I managed to get the picture I had in my mind twenty seconds later – which, in street photography, are an eternity.

I can gladly say that this picture is mine: I saw something, I framed, I shot, edited and printed. Well done, young (metaphorically speaking) street photographer: the world is your oyster now.

Picture nr. 2: Man on the street

This was actually my first picture of the day. I was waiting for my niece, a man was looking around, probably waiting as well for someone or something. He looked at the same time puzzled and confident; maybe for this reason he caught my attention and I shot from the hip, but I didn’t have any particular expectations. At home I discovered that the upper part of his body was perfectly framed inside the tree behind him. He was wearing a white t-shirt, so his figure would be flattened to the background otherwise. Lighting, framing, all was blind luck, I just pressed the button by intuition.

Since I don’t think I have superpowers, neither I am so good at photography to just shoot from the hip and get a perfect frame only by intuition, I feel I’ve been lucky. Ok, well, I won’t tell anybody. It happens to the best ones too.

Two men are cleaning the pavement: one draws my attention because of his unusual headgear. I don’t find people interesting only because they wear a hat different from the one I would wear (I actually despise photos whose only value is to be supposedly “ethnic”), nevertheless I feel I should take the shot. Back home I discover a completely different scene where the main actor is the man in the background, pointing at a third colleague of theirs who was in a truck driving by, out of the frame. My original target is now just a good addition for the sake of composition to a completely different story.

This is not the picture I had in mind. Actually, I didn’t have any picture in my mind. I pressed a button not much more consciously than a cheeky monkey. I edited (some cropping, then B&W conversion) this picture almost as if it wasn’t mine.

“Photography” can be many things. Fine art, photojournalism, fashion, street photography, each category has its own set of unwritten rules and its own heterodox photographers that break these rules (sometimes creatively, sometimes unethically, at times even both).

Nevertheless, I find it difficult to tell “exactly” what photography is, where authorship begins and pure chance ends. There are few things I’m quite sure of, though.

Premeditation, preparation, occasion, observation, readiness (the ability to catch the “decisive moment” described by Cartier-Bresson, if you like), luck, chance and the willing or unwilling but inalienable cooperation of the world around you: I think all of this “somehow, at a certain degree” is required for a photograph. Not even a good one. So it’s pointless to argue about who pressed the button: in the end, every photographer is an author as much as his surroundings allow him to be.

And in David Slater’s case, his picture was taken by means of a cheeky monkey’s finger.