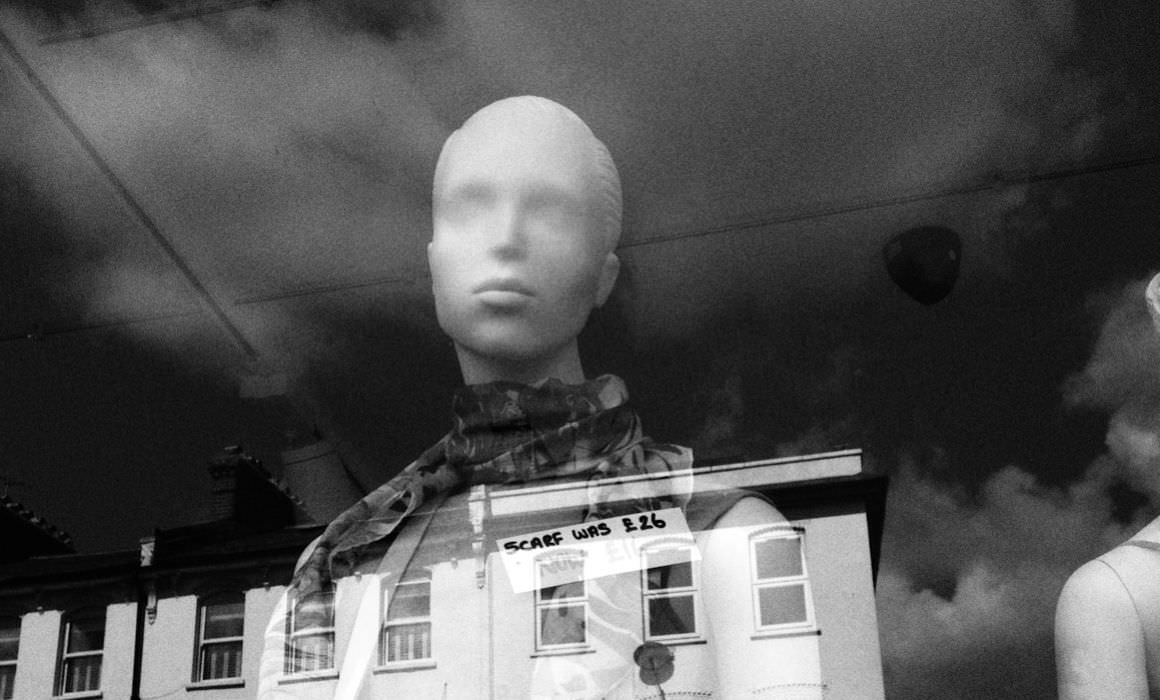 I was reading a post from La Noir Image – specifically this one (paywall) about the photography of Marcello Perino – when I saw a brilliant photo that caught my attention. After a few seconds, my finger moved toward the middle of it and tapped on the trackpad without my brain knowing.

A short conversation between my Brain, my Eyes and my Finger took place shortly thereafter.

That made me think (as this intriguing dialogue should prove).

I enjoy attending exhibitions, I love physical books, I print my photos and I like to see other people’s printed photos. I buy magazines (like Black+White Photography at the Airport when I can find a copy) and I read them cravingly. This weird episode never happened to me with all these media. “It must be the iPad”, Brain thought at first. But I’m also a subscriber to the BJP on the iPad, though, and it never happened with that either. Nor with the e-books I read or the websites I usually browse. And I was using a MacBook, by the way.

It’s because it isn’t the iPad (or the Mac): it’s the connection.

No matter the tech involved, if I am in “passive mode” my brain is dedicated to reception. But in this very case I was browsing a long, vertical sequence of curated images, scrolling slightly too fast to enjoy them one by one, which is typical behaviour for the social media experience (be it Instagram, 500px, flickr, Facebook…). A part of my brain (yes, it was ultimately its fault) was tricked to believe I was on 500px. Hence, my mode switched from passive to interaction and I looked instinctively for an action button.

What surprised me most is that I got terribly frustrated when I realised there wasn’t any.

When I’m at an exhibition, I stand in front of a picture and look deeply at it. Sometimes I get very, very close to check the grain, the sharpness, to guess the film or the paper used, to understand the printing technique. I then go back a few steps and enjoy the image until I’m satisfied, until a sense of ephemeral fulfilment arises. Then I move on (and sometimes I come back later). Many other times I don’t like a photo and take just a quick glance before moving to the next one. With books and magazines the balance between quantity, quality, time, context changes, but the dynamics are more or less the same: I might go faster, be more superficial, but when an image “calls” me, I listen. I am in a listening position.

When I’m browsing a social network instead, different issues must be taken into account; different parts of my brain are jointly at work:

All of this contribute somehow to the act of “liking”. And there’s a lot of talking and not much listening here.

You can have many kinds of relationship with an author (send him a letter, attend a conference, visit his birthplace), but in social media this relationship is immediate, direct and intrinsically bidirectional. It’s even more than this: reciprocity is a sort of unwritten rule; if someone follows you, it’s by some considered polite to follow back (a rule I disagree with) or at least take a look at his profile (this I can understand).

Part of social media audience is built on this principle: in a social environment the fruition of media revolves around feedback, activating the processes I described above. The very moment we are giving feedback, we are already receiving one because we know our feedback was delivered. There’s someone at the other end of the line: he may be silent, but he is presumably listening. What I’m saying here is that we don’t need the first notification (someone else’s “like”) to “ding” to be rewarded: the reward begins much earlier – even before we post anything; that is, with our first “like”.

Since when Instagram turned from a niche iOS app into a Facebook-owned cross-platform massive social network, our relationship with images has – IMHO – changed a bit. In a world apparently saturated with images, photographs expanded even further their strength in conveying a content, expressing one’s creativity and individuality and connecting people. At the same time, the difference (or maybe the distance) between author and content looks like is shrinking.

Images must be beautiful, but not for the sake of art: they are evidence of our creativity. The content is more and more personal: our food, our cats, our sunsets: these things talk about us (where we are, what we think, what we feel), and we are positively reinforced to “post-and-like”, reward and be rewarded, with our subjects and our online persona separated by a blurred line. I don’t like just your photo, I like you: it has become something personal. We know a part of this is fictitious, but that side of our brain that crave for instant gratification doesn’t care much for time, space or truth: it just enjoys the endorphins – and gets a lot of them.

This is not a rant about selfies (I didn’t even mention them till now). Selfies surely have a huge relevance in this, but I rather consider them to be a by-product. It’s not a rant about social media either: they are here to stay and the fact that some dynamics change doesn’t mean they change for worse. As a matter of fact, most of the times change is good – but we need to be aware of it.

The risk is to fall for the easy stuff and forget that photography is (at least for a photographer) art and craft. We must seek the creation of something that has a value in itself, not just as a mere emanation of ourselves; we must remember that a photograph is a window open to the outside, to the subject, to the world. The author is there – unavoidably – with his life, his story, his point of view, but the photo is not about him.

When we focus too much on making it “look good” (with filters or cheap tricks), we are looking for attention – and attention is never enough.

When we try to tell someone else’s story, instead, it sticks forever.